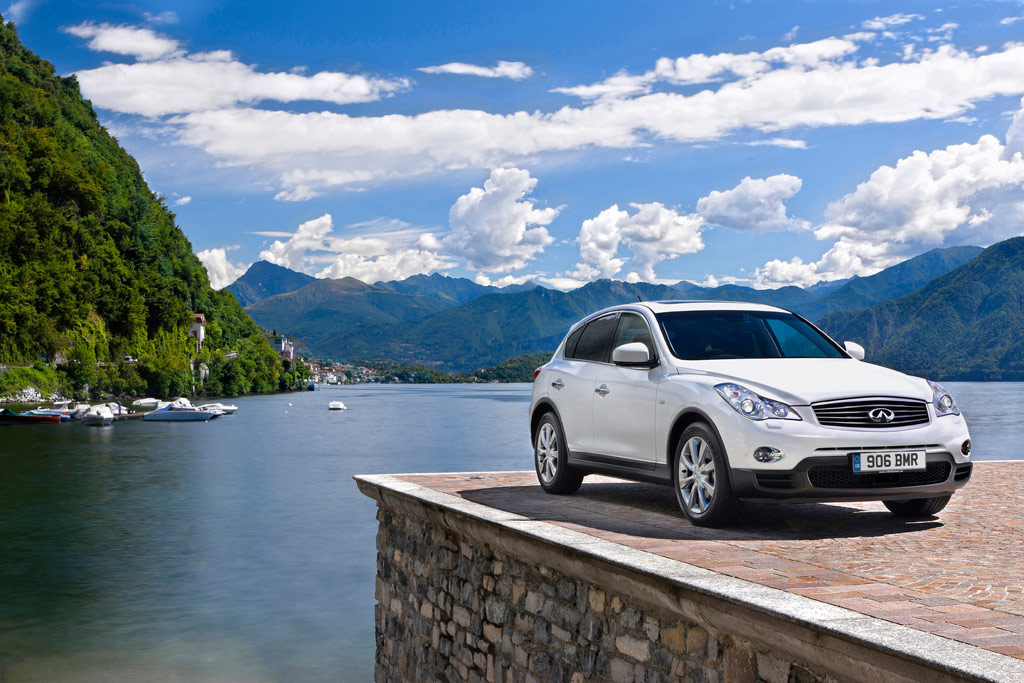 Infiniti, the first car manufacturer in Europe to introduce a 360 degree parking display, will again move the goal posts – or should that be gate posts – when it adds Moving Object Detection to its Around View Monitor system.

The technology which is currently undergoing final testing in Japan uses both the dashboard’s central screen display and a loud chime to notify the driver of objects moving around the car during parking. And not just at the front and rear either. Anything moving around the side of the car is also detected. It works when starting the car, or when driving at low speeds. This technology helps supplement the driver’s vision in situations such as leaving a parking space or when emerging from a junction with poor side visibility. Or indeed when arriving home after a long day at the office and the family dog is happy to see you.

Around View Monitor was launched for the first time globally in October 2007 by parent company Nissan and has been available on the Infiniti EX and FX crossovers since 2008. Then earlier this year, as any spec geek will tell you, Infiniti standardised the feature on its EX and FX Premium grades across Europe.

Around View Monitor assists the driver during parking with a screen display and pieces together a bird’s eye view of the car and its surroundings giving audible warnings when the car is near an object. In addition, a “wide view function” provides a 180° view from both the front and rear ends of the vehicle at the press of a button – a useful function at junctions with poor right-and-left visibility. It works using four cameras – one in the front grille, another above the rear number plate and one more under each door mirror – and means there’s no excuse for curbed alloys. Just as well given those of the FX30dS measure an enormous 21 inches.

The addition of the new Moving Object Detection function will further enhance the currently available Around View Monitor system without the need for any additional sensor. It will be introduced within the next year or two depending on market.