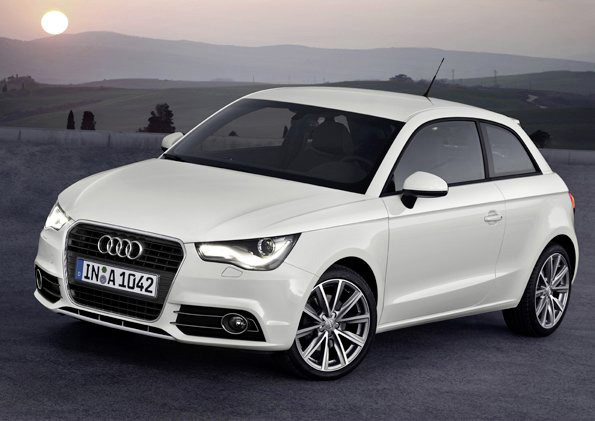 The long wait is over: starting tomorrow, the Audi A1 will be available at dealers in Germany for a test drive. Deliveries will simultaneously begin in Austria, Belgium, Luxembourg and Switzerland, followed by most other European markets from mid-September. With a starting price of €15,800, the A1 impresses with its progressive design, superb workmanship and state-of-the-art infotainment technologies. The new Audi offers a vast number of possibilities for customization and can be ordered in over 800 different exterior versions.

“Reports from our international dealers show us that interest in the A1 is exceeding our expectations considerably,” commented Peter Schwarzenbauer, Member of the Board of Management for Marketing and Sales at AUDI AG. “We will therefore increase our production capacity by 20 percent.” Audi had previously expected average production volumes of 100,000 A1 units per year, primarily for the European market at first. However the new Audi will now also be launched in the Asia-Pacific region and in South America in early 2011. “And we are now also thinking about bringing this generation of the A1 to China,” added Schwarzenbauer. A total of 50,000 units are scheduled to roll off the production line in Brussels by the end of 2010.

The Audi A1 will be launched with three appealing engine options: the 1.2 TFSI, the 1.4 TFSI and the 1.6 TDI. Each engine features direct injection, turbocharging and a start-stop system with braking energy recovery. The A1 is the only car in its segment that has a start-stop system together with an automatic transmission.

Even in advance of its market launch, the new Audi has caused quite a sensation with more than 150,000 prospective customers worldwide having registered to receive information about its market launch and the latest campaigns. Audi has also received the renowned “red dot award” for its direct marketing campaign for the A1 introduction.