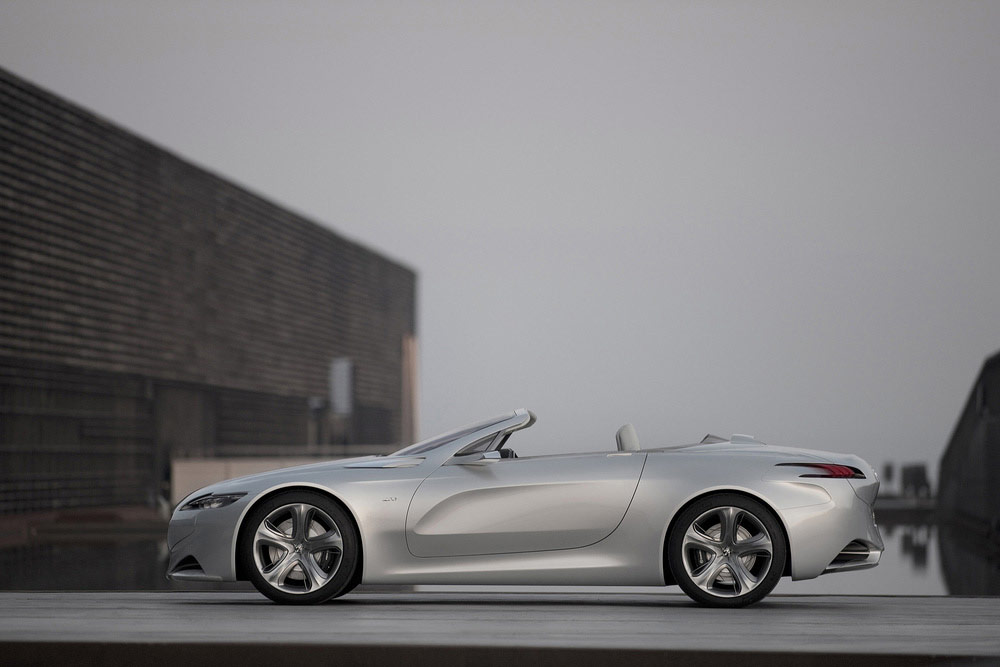 Peugeot presents at the Moscow International Automobile Show 2010 two original stands, where 2 new models and 3 innovative concept-cars will be presented. And, it is noteworthy to mention, that Peugeot is celebrating this year its 200th year anniversary of industrial history.

Both Peugeot stands (2000 square meters) have been designed in accordance with the Brand’s new signature, “Motion and Emotion”: which adheres to efficient mobility and driving pleasure and a relentless pursuit for excellence.

One of the highlights for the Brand at the MIAS 2010 is the Russian premiere of Peugeot’s 3008 CROSSOVER: Peugeot 3008, a harmonious combination of different auto segments into one: SUV, minivans and city cars. Along with the 3008, its demo version HYbrid4 (diesel hybrid 4×4) is also present on the Peugeot stand. This model is not only new but innovative both for Peugeot and for the car industry worldwide.

Another new model from Peugeot is the exclusive RCZ sport coupe, which is a symbol of Peugeot’s new brand design. It is “the” car for leisure and pleasure, launched in the spring of 2010 and has become the latest success for the French brand. The unique interior and exterior, and reliable technical characteristics make the Peugeot RCZ a new reference in the 200 year history of the French brand.

A key role in the commercial success of Peugeot in Russia this year has been the Peugeot 308 assembled in Kaluga, which is also present on the Peugeot stand. The Peugeot 308 assembled in Kaluga is a new product and financial offer for the Russian market. This model has taken part in the government-supported program for disposal of old cars. All customers have the possibility of buying this model with a “double discount” – 50,000 rubles from the government and 50,000 rubles from Peugeot – for anyone in possession of an old car disposal certificate. Furthermore, the Russian-assembled Peugeot 308 can be purchased from official dealers offering an exceptional credit program.

The Peugeot 308 is produced with a special Russian Pack, which adapts the car to specific Russian climate and road conditions. The Reliability and quality of the Peugeot 308 were tested and proven during the Moscow-Irkutsk-Moscow endurance course which covers a distance of 11 000 km.

Russian customers will have the unique opportunity to view the Peugeot SR1 concept-car, which will later be presented at Paris Motor Show in the beginning of October 2010. This innovative model demonstrates a new concept in Gran Turismo class automobiles. It is an impressive and expressive model, combining high technology with an exclusive exterior and interior. SR1 is the incarnation of the new Peugeot brand style, embodied in the new lion logo.

The “Champions of the electric era” are also present on the Peugeot stand with the BB1 concept-car and iOn models. With its BB1 concept car, Peugeot has fearlessly pushed back the conventions and boundaries of  automobile manufacturing to bring a totally original response to the current and future needs of urban mobility. Capable of seating four people in a vehicle just 2.5 metres long, the BB1 concept-car is a full electric vehicle that reinvents the automobile in every way: architecture, style, interior design, drive, connectivity – while all the time respecting the environment. Peugeot iOn is the innovative electromobile, having already won the Grand-Prix “Automobile and environment” in 2010 by MAAF Assurances company. iOn is the perfect city car because of it’s compact size (3,48 x 1,47 meters) and turn diameter of only 4,5 meters and 150 km of driving autonomy.