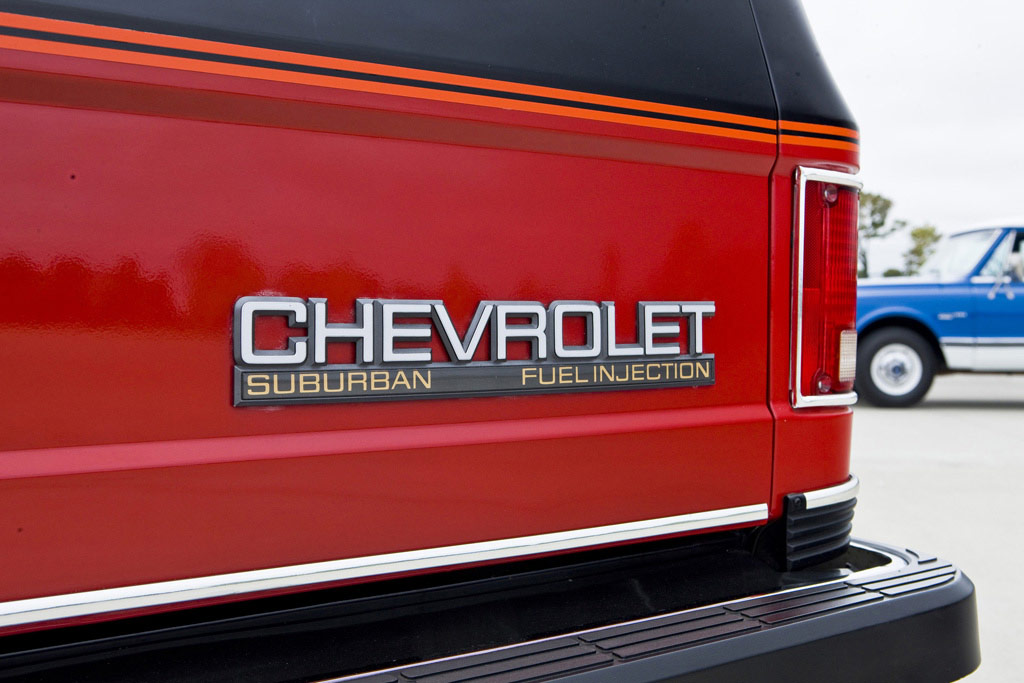 In 1935, the United States’ population was a little more than 127 million. A first-class stamp cost three cents, Technicolor was introduced to motion pictures and the Detroit Tigers defeated the Chicago Cubs in a tough World Series. It was also the year Chevrolet introduced the Suburban.

In the seven and a half decades since its introduction, the Suburban became an icon and the industry’s longest-running model. In fact, Suburban is the first vehicle to reach 75 years of production and Chevrolet is commemorating the milestone with a special 2010 75th Anniversary Diamond Edition model.

“Times have changed, but the Suburban remains a fixture in the industry for private and professional customers who need truck-like towing capability with maximum passenger and cargo space,” said Jim Campbell, Chevrolet general manager. “The Suburban’s core capabilities and dependability have remained constant for more than seven decades and generations of people know that a Suburban will haul people and their gear.”

History of an icon
The idea for the Suburban was born out of a need for a heavier-duty, truck-based wagon. Through the early 1930s, most manufacturers offered car-based wagons for professional use. Open models with windows and rear seating were known as depot hacks, and were used to ferry passengers and their cargo around train stations and boat docks. Enclosed models, typically without rear seats, were known as sedan deliveries.

Bodywork for these early vehicles often consisted of wood sides and canvas tops; and while they were versatile, their car-based chassis and damage-prone bodies were compromises. Chevrolet began experimenting with an all-steel wagon body mounted on a commercial chassis in the mid-1930s, and the Suburban Carryall was launched in 1935.

The base price of the original, eight-passenger Suburban was about $675, or the equivalent of about $10,900 in 2010 dollars – although the 1935 model didn’t come with frontal and side air bags, OnStar, XM Satellite Radio, anti-lock brakes and stability control, a six-speed automatic transmission or remote keyless entry. In fact, a radio, heater, clock and even a rear bumper were extra-cost options. It might well have been called a sport utilitarian vehicle.

After the Suburban’s introduction, car-based commercial vehicles, including sedan deliveries, remained in production, but the heavy-duty chassis of the Suburban increasingly found favor with professional customers. In the post-World War II years, its popularity with private customers who appreciated its uncompromising capabilities increased steadily.

The Chevrolet Suburban hit the mainstream in the early 1990s, with the overall popularity of sport-utility vehicles. But while many customers were new to the Suburban then, it had garnered a legion of longtime owners who had purchased multiple examples over the years – using them to haul Little League teams and their equipment, tow a horse trailer or seat a work crew on the way to a job site.