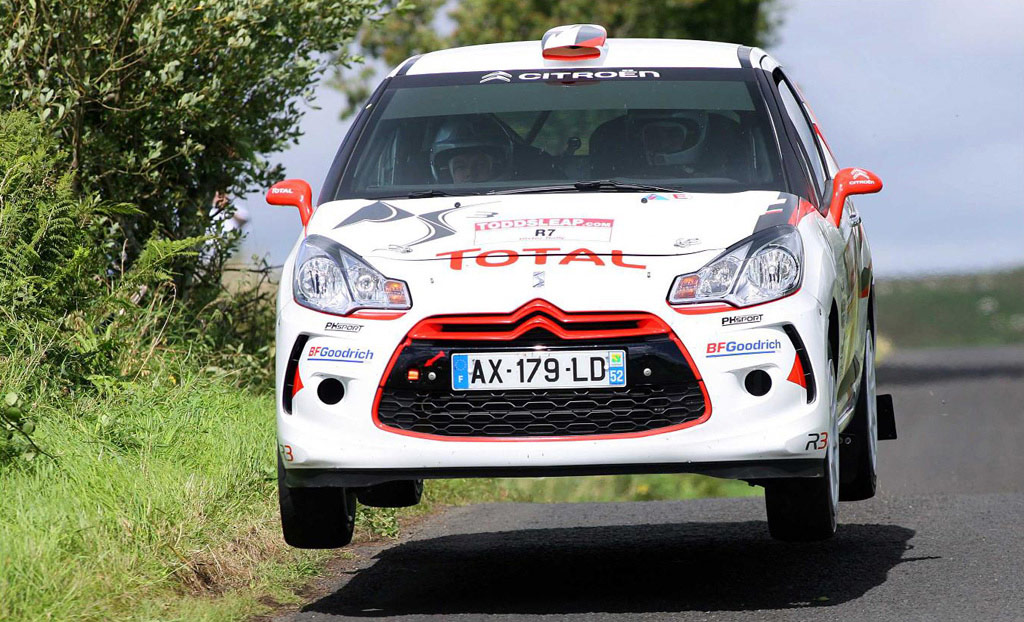 It’s mission accomplished for the Citroën DS3 R3, which made its competitive debut this weekend. Bryan Bouffier and his co-driver Xavier Panseri claimed two-wheel drive and Group R victory on the specialised Irish roads of the Ulster Rally, ending the event in a superb fifth place overall.

The latest challenger from Citroën was straight in at the deep end, facing much more powerful cars over the slippery and bumpy asphalt roads of Northern Ireland. Bouffier and Panseri steadily built up their pace over the course of the weekend, but the DS3 R3 dominated its class right from the beginning. The opening day on Friday allowed the Frenchman to get used to the car and the conditions, and he got quicker and quicker with every stage. After the 53 miles that made up the first leg, Bouffier returned to parc fermé in seventh overall. During the morning loop of Saturday’s stages, the Citroën DS3 R3 continued its progress by making up another place. The crew ended on a high by setting four blistering stage times and claiming fifth overall at the finish.

Frédéric Bertrand, in charge of the customer competition department at Citroën Racing, said:

“This great debut result has underlined our belief in the ample capabilities of the DS3 R3. The car has been reliable and we’ve not encountered any problems at all throughout the rally. Of course it proved to be extremely competitive as well, so now we just need to refine the set-up to suit all the different types of conditions that we might encounter. Sealing a result like this on the Ulster Rally is an important moment, because this is a very specialised rally that is well-known for pushing cars to the limit. The whole team has done a very good job and the crew drove a perfect rally. We have also been able to rely on the performance of BFGoodrich tyres. Putting all these elements together has resulted in an excellent fifth place at the finish. Given that this was only our first time out, it’s extremely encouraging for the future.”