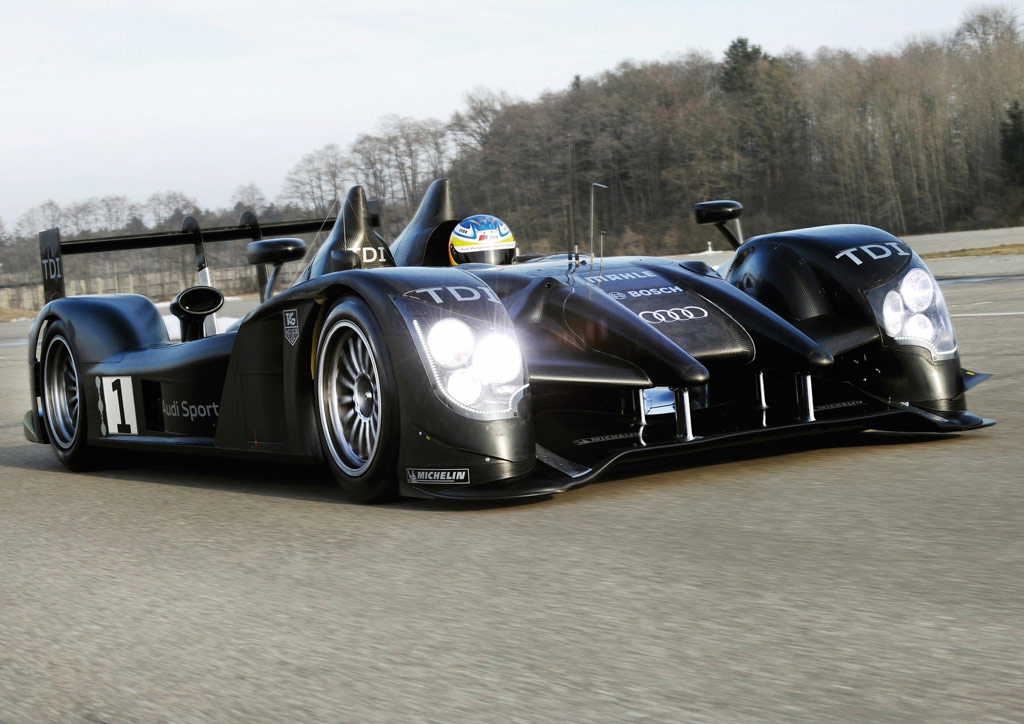 A new worldwide racing series focused on innovative drive concepts, new technology and reduced fuel consumption will stage its inaugural round at Silverstone on September 12. The newly incepted Intercontinental Le Mans Cup (ILMC) makes it possible for Audi to tour the world with its innovative diesel-powered race sports cars.

In the future, the legendary Le Mans 24 Hours, which Audi won for the ninth time this year, will be the central event of the new intercontinental sports car series which in 2011 is planned to consist of a total of seven endurance races in America, Asia and Europe. With the new series the Automobile Club de l’Ouest (ACO) wants to continue the great tradition of the World Championship for Makes that thrilled spectators from 1953 to 1984 and which at times was more popular than Formula 1.

Three races on three continents in 2010 – the inaugural year
In the inaugural year 2010 the 1000-kilometer race at Silverstone (Great Britain), the 1000-mile “Petit Le Mans” race at Road Atlanta (USA) and the 6-hour race at Zhuhai (China) will be part of the Intercontinental Le Mans Cup. In each of these three events Audi Sport Team Joest will field two Audi R15 TDI cars, the vehicle that won the 24 Hours of Le Mans in 2010.

“Audi has been involved in sports prototype racing since 1999 and has had the vision of a worldwide racing series for these types of vehicles ever since,” says Head of Audi Motorsport Dr. Wolfgang Ullrich. “We’re delighted that the ACO is now translating this vision into reality. The Intercontinental Le Mans Cup gives us the opportunity to compete with our sports prototypes in very important markets.”

Audi deliberately opted for the sports prototype category which enables automobile manufacturers to test new technologies and drive concepts for production vehicles. In 2001 Audi successfully combined turbocharging and direct injection (TFSI). In 2006 the brand with the four rings caused a worldwide sensation by clinching the first victory of a diesel-powered race sports car at the Le Mans 24 Hours. The current Audi R15 TDI cars use turbochargers with variable turbine geometry (VTG). In addition, numerous other details such as LED lights for daytime driving or a lithium-ion battery with increased system voltage have been tested in the Le Mans prototypes.

“In view of the new ACO regulations that will come into effect in 2011 light-weight design combined with high strength and durability, energy recovery and fuel-efficient engines will become even more important than they’ve been in the past,” says Dr. Ullrich. “All of these are topics which our colleagues on the production side at Audi are deeply involved in as well. Audi is known for its highly efficient vehicles and can demonstrate this in sports prototype racing events on the track as well.”

Aerodynamics with more downforce
For 2011 Audi Sport is developing a new LMP1 sports car which bears the internal project name “R18.” In the 2010 Intercontinental Le Mans Cup the Audi R15 TDI, the car that enabled Audi to decide the fastest 24-hour race in Le Mans history in its favor in June, will be fielded. For the Silverstone, Road Atlanta and Zhuhai races, the aerodynamics package has been trimmed for higher downforce. Except for this modification, the R15 TDI is technically identical to the car used at Le Mans.

“We’ll only know where we stand with this car in comparison to our rivals at Silverstone,” says Dr. Ullrich. “In any event, our goal is clear. We’re set on winning the title and achieving the best results for the Audi brand at all three races.”

Dindo Capello (Italy), who with a track record of 29 overall victories is the most successful driver of the American Le Mans Series, will also contest all three rounds. At Silverstone, the Italian will race with Timo Bernhard (Germany), at Road Atlanta with Tom Kristensen and Allan McNish, and with Romain Dumas (France) at the Zhuhai finale. In addition, Marcel Fässler (Switzerland), André Lotterer (Germany) and Benoît Treluyer (France) will compete at Road Atlanta.

“Because there’s only a make and team but no driver classification we’re using the Intercontinental Le Mans Cup as an opportunity to integrate the drivers who haven’t competed for us very often, even better with our team,” explains Dr. Ullrich. “Our aim is to compete at Le Mans in 2011 with the same drivers as this year.”

Familiar terrain and new territory
The first two races of the 2010 Intercontinental Le Mans Cup are familiar terrain for Audi: In 2008, Dindo Capello and Allan McNish triumphed with the Audi R10 TDI at Silverstone. Meanwhile Audi has won the “Petit Le Mans” race at Road Atlanta nine consecutive times, from 2000 to 2008. Audi Sport Team Joest will only enter new territory at Zhuhai (China).