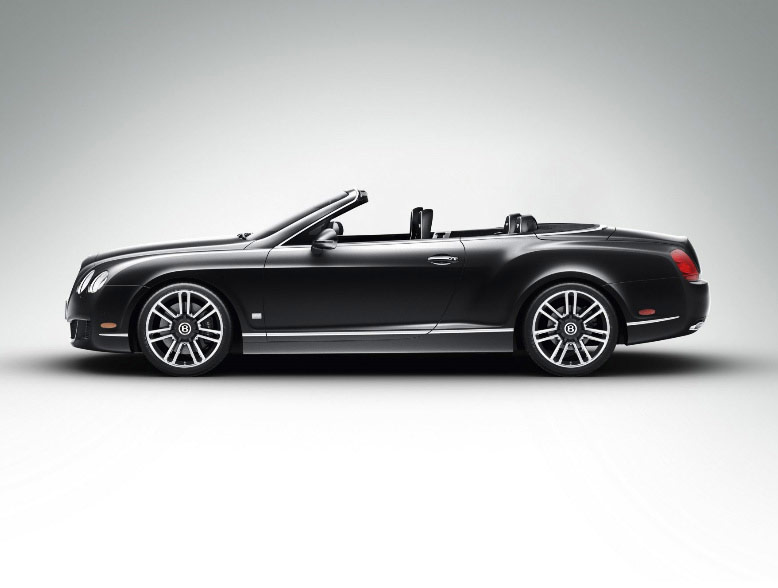 Both of these new cars combine the legendary performance, luxury and craftsmanship for which the 91-year old Bentley marque is renowned, as well as the added exclusivity of being commissioned for a single market. The 80-11 designation underlines just how limited these luxury British convertibles will be with Bentley building only 80 examples of each drophead in 2011.

Unique and Distinctive Exterior Styling
The GTC and GTC Speed 80-11 models deliver the same outstanding performance as their ‘standard’ Bentley counterparts but with their own strong and original styling stories.

Bentley’s extensive choice of colors is available for both GTC 80-11 models but for those seeking even more exclusivity, a new and unique color – Midnight – has been commissioned for these high-performance convertibles. The 80-11 GTC and GTC convertibles offer the Dark Grey Metallic soft top and the Mulliner fuel-filler cap as standard.

A Unique Interpretation of Bentley Craftsmanship and Refinement
Bentley’s styling team has created two unique interiors for these exclusive convertibles. The main leather hide choice for both vehicles is Beluga, and the contrast stitching, piping and Bentley emblems are white on the GTC and Pillar Box Red on the GTC Speed. The result is a strong, dark main hide color, accented by the contrasting hand-stitching and piping.

To complement the Piano Black veneers on both 80-11 Editions, the engine-turned aluminum dash has a bright finish in the GTC and a sportier dark finish for the GTC Speed. Race-inspired drilled alloy sport foot pedals are standard on both vehicles and to further differentiate the special editions, the vehicles’ treadplates and a badge on the console are branded with the “80-11 Edition” signature.

Exhilarating Bentley Performance and FlexFuel Technology
Since its launch in 2006 the Continental GTC has enjoyed sales success in over 50 countries around the world and drawing younger buyers to the Bentley marque. Customers are attracted to its combination of sleek design, interior craftsmanship, dramatic performance and refined but agile handling. The GTC boasts a twin-turbo 6-liter W12 engine, producing 552hp and 479 lb-ft/650 Nm of torque. The GTC’s top speed is 195mph/314 km/h (190mph/306 km/h with the top down) and its 0-60mph/0-100 km/h sprint time is just 4.8 seconds.

Responding to customer demand for an even more potent and driver-focused convertible, the GTC Speed debuted in summer of 2009. The Speed also uses the twin-turbo 6-liter W12 powertain but Bentley’s engineers have further optimized its performance to create 600hp and 553 lb-ft of torque. With a top speed of 200mph/322 km/h (195mph/314 km/h with top down) the Speed was the world’s fastest four-seat production convertible, before the recent arrival of its Bentley stablemate the Supersports Convertible, with a 0-60mph/0-100 km/h time of only 4.5 seconds.

For model-year 2011, the GTC and GTC Speed, along with all Bentley Continentals, features FlexFuel technology, which enables the vehicle to run on gasoline, E85 biofuel or any mix of the two without any compromise in performance. As part of its environmental strategy, Bentley has pledged to reduce CO2 by 15% by offering FlexFuel powertrains across its entirevehicle lineup by the end of 2012, and it has pledged to introduce a new powertrain that reduces fuel consumption and CO2 emissions by 40%.