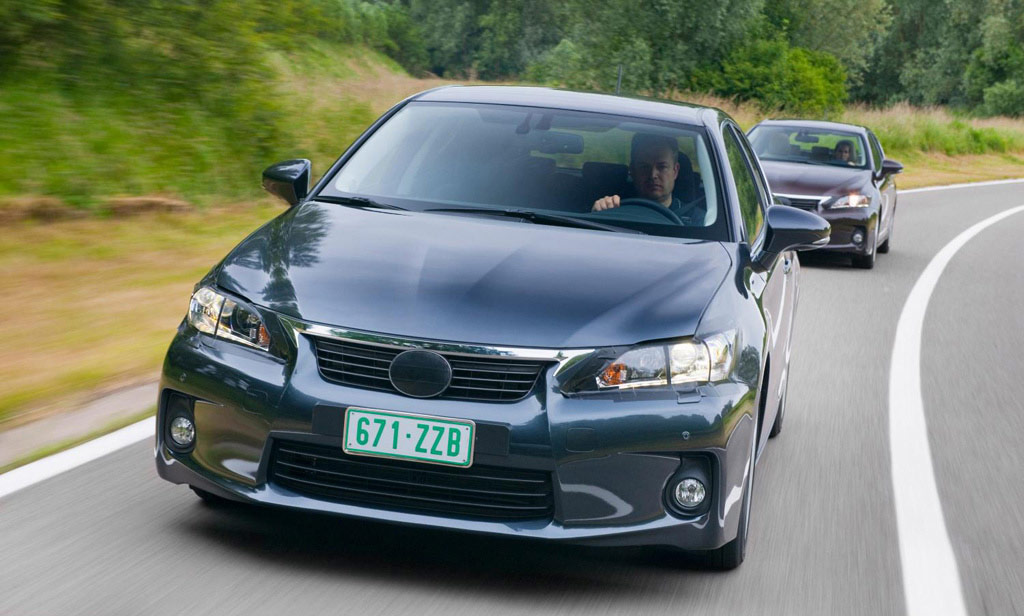 Hybrid power, low emissions and high fuel efficiency: it’s not the kind of equation that suggests the kind of sharp and sporty handling that Lexus has built into its new, full hybrid CT 200h. Far from being simply a standard hybrid in smart clothes, the new CT 200h – the first Lexus for the luxury small car market – has been the subject of innovative, detailed chassis engineering to ensure that it will put a smile on the face of the driver.

From the outset, Lexus has aimed to make the CT 200h a true driver’s car. Delivering on this promise was not a matter of finding some clever add-on parts, but required fundamental reappraisal of the chassis and bodyshell design. True to its reputation for pioneering advanced technology, Lexus has equipped CT 200h with lateral performance dampers, components that, until now, have largely been the preserve of a very few high-performance models. Lexus has used the damping technology as an effective way of increasing torsional rigidity, suppressing vibrations and contributing to ride comfort without the penalty of extra weight.

Deployed front and rear, the lateral dampers are key elements in a detailed package of design and engineering measures that also includes strategic strengthening and carefully gauged welding quality throughout the vehicle.

The result is a car powered by proven full hybrid technology that lets the driver enjoy an added performance dimension, supported by a choice of Dynamic and Relaxing driving “moods” and selectable SPORT, NORMAL AND ECO drive modes.

CT 200h’s handling has been developed specifically to appeal European customers. Final dynamic testing was carried out on European roads to ensure the all aspects of the car’s suspension, steering, regenerative braking system and full hybrid powertrain meet the standards expected in the highly competitive market for compact luxury cars – currently dominated by the BMW 1 Series and Audi A3.

The dampers’ design is like that of a monotube shock absorber, as shown in the diagram below. Used in place of conventional rigid bracing, they are deployed between the front suspension towers, and at the rear across the lower back panel. Each damper assembly is tailored to suit the rigidity, noise and vibration performance in its immediate surroundings. As well as absorbing and minimising unwanted vibrations, particularly through the vehicle floor, they improve steering feel and ride comfort. Body deformation is also significantly reduced: in testing, Lexus engineers recorded a 15 per cent reduction in the displacement of the left and right suspension towers. Their contribution to on-board comfort even extends to cutting the amount of white noise transmitted through the car’s audio system, the kind of attention to detail that is a hallmark of Lexus engineering.

Structural rigidity
Lexus’s ambition is for the new CT 200h to set a benchmark for handling in its segment. To help meet this goal it has targeted measures to give the car excellent structural rigidity, in particular by optimising weld points and bracing around the vehicle.

On the underbody weld spot density has been increased where the rear floor cross-members connect with the wheel housings and bracing has been added to both the front and rear suspension systems. Extensive reinforcement has been added to the wheel mounts, steering gearbox mount, steering column assembly and the suspension members. The front suspension towers, front cowl and front pillars are all connected by a network of bracing. The front floor brace, hybrid vehicle battery carrier and the rear lower support members are also all designed for high rigidity performance.

On the upper body, a fully closed cross-section runs around the full circumference of the tailgate, with inner gussets and outer reinforcements located on C- pillar.

Comprehensive dynamic package
The work invested by Lexus in CT 200h’s chassis and body forms part of a full dynamic package for the car that includes equally detailed attention to aerodynamics, steering, suspension and even the driver’s position at the wheel to achieve sporty, rewarding performance.

The CT 200h will form the centrepiece of Lexus’s display at the Paris motor show before going on sale in Europe early next year.