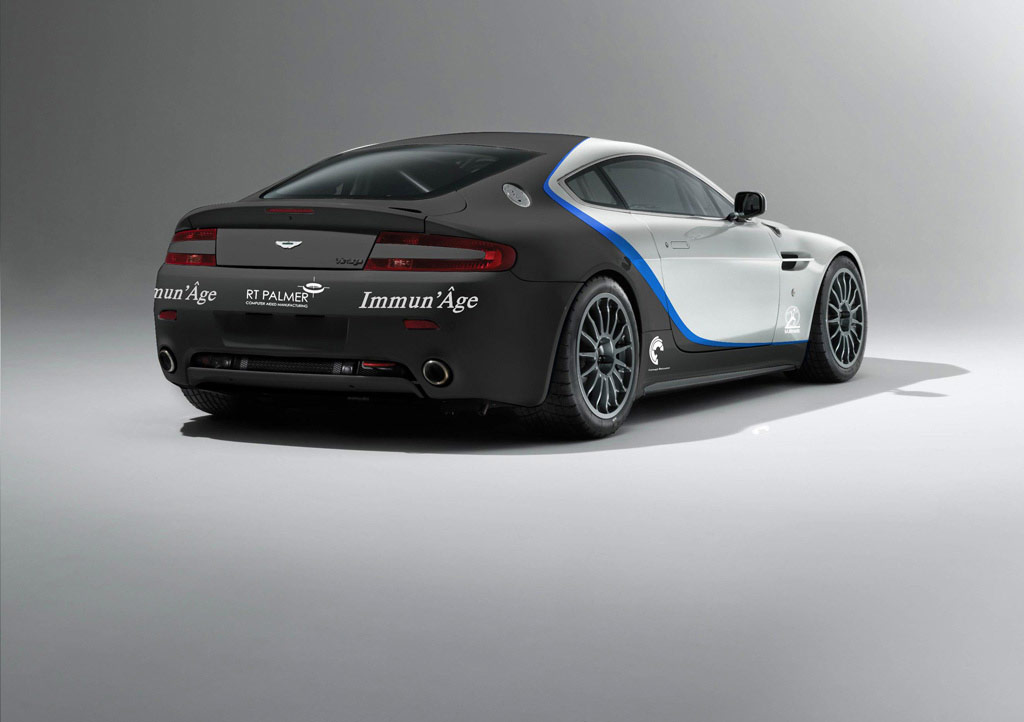 Aston Martin’s Design Director, Marek Reichman is to embark on his maiden race in a Vantage GT4 competing in the Aston Martin GT4 Challenge of Great Britain at Oulton Park on Saturday 21 August. Marek, who is a keen motorsport enthusiast and regular competitor in historic club racing, will share driving duties with Aston Martin Engineering Manager, Chris Porritt; himself an experienced GT4 racer for the 90-minute race on the notoriously challenging Cheshire circuit later this month.

Speaking ahead of the race, Marek said:

“The design team has been closely involved in the design of all our race cars, from the works LMP1 prototype to the Vantage GT4, but I’ve always longed to get even more closely involved and the Aston Martin GT4 Challenge provides the perfect introduction to GT4 racing for me.”

The Aston Martin GT4 Challenge of Great Britain is a one make series exclusively for owners of the Vantage GT4 and the Vantage N24. The races are between 90 and 150 minutes in length with practice, qualifying and the race all in the same day. The series is the perfect opportunity for owners of Aston Martin racing cars to compete on a level playing field on some of the very best racing circuits with the full support of the factory.

“Most of my GT4 experience with Aston Martin has been at the Nürburgring, but Oulton Park is my home track and while I’ve raced my own cars there many times, I’ve never had the opportunity in an Aston Martin. The standard of racing in the series so far has been extremely high so Marek and I will have our work cut out to keep up with the front runners.”

The Aston Martin Vantage GT4 is a production-based race car eligible for all FIA GT4 races as well as other race series around the world. 2010 successes to date include class wins in the Dubai, Nürburgring and Spa 24 Hours, numerous class wins in the Nürburgring VLN endurance series and four wins out of six in the FIA GT4 European Cup.

“The Aston Martin Vantage N24/GT4 has been the outstanding performer in GT4 and other classes around the world since 2006. Whether in 24 hour races or short sprints, its performance, reliability and ease of handling deliver class wins and podiums time after time. The Aston Martin GT4 Challenge of Great Britain, in its first year, is providing a focal point for our customers to make a first step into GT4 racing with high quality events on challenging circuits with comprehensive organisation and technical support from Aston Martin Racing.”