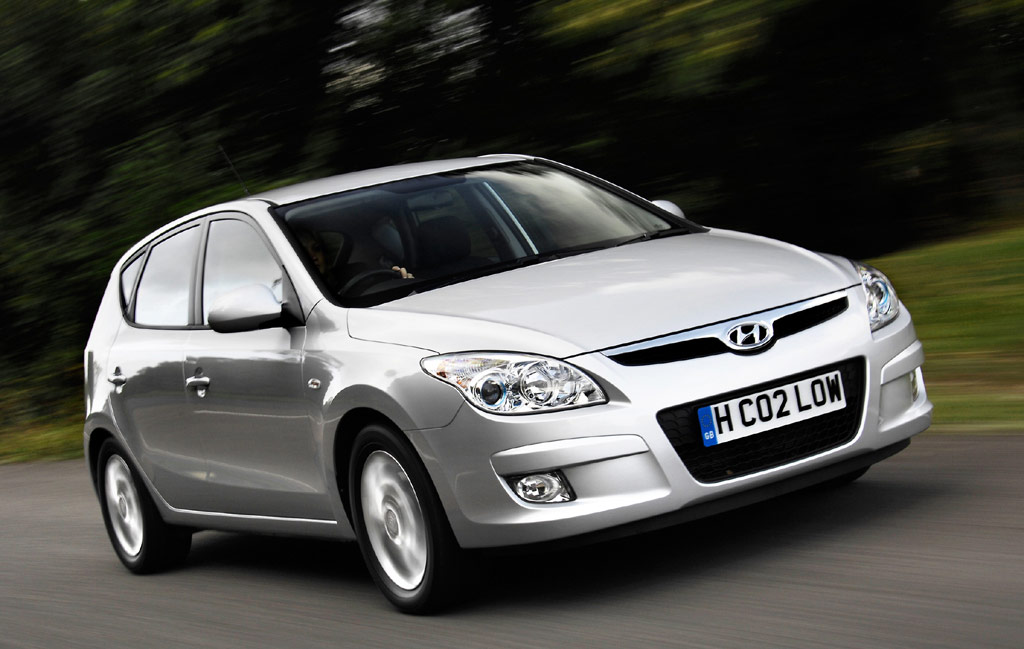 Cleaning up your conscience – and your exhaust emissions – can be a costly affair, with most manufacturers charging extra for the technology to cut tail pipe emissions.

But Hyundai has just launched a new range of cars – branded i-Blue – which will offer emissions below the crucial 120g/km barrier but which are priced at the highly competitive level buyers expect from Hyundai.

The first car in the range will be an i30 hatchback powered by the familiar and acclaimed 1.6-litre CRDi engine. With prices starting at £13,155, it is substantially better value than low emission rivals, including the offerings from Ford and Volkswagen.

The i30’s advanced engine design means there has been no need to resort to measures such as skinny tyres, expensive stop-start systems or lowered suspension to achieve the low CO2 figure. All that has been necessary to achieve the 6g/km drop over the existing model is a minor change to the gear ratios. As the revisions are so minor, the i30’s acclaimed roadholding, drivability, ride and equipment levels are unaffected.

Savings for owners could be substantial though, with the i-Blue falling into VED Group B, cutting the cost of an annual tax disc from £120 to £35.

The new model remains affordable too, with prices starting at £13,155 despite an enviable equipment list that includes ESP, air conditioning and alloy wheels as standard on all versions. As with all new Hyundai models, the i30 is also covered by a five year, unlimited mileage warranty.

In addition the i-Blue badge will also be used on all i10 models which produce less than 120g/km. The introduction of the new 1.2-litre Kappa petrol engine, available from September, means this will apply to every i10 with a manual transmission.

Even those Hyundai models which do not qualify for i-Blue status are still exceptionally efficient. For example, the Santa Fe is officially recognised as having the lowest CO2 in its class by the government’s Act on CO2website, beating even hybrid-powered rivals.

But the company is still striving to make all of its cars more efficient and future models wearing the i-Blue name could offer a variety of advanced fuel saving technology such as idle stop-start and hybrid powertrains in the short term with hydrogen fuel cell technology in the medium and long term.