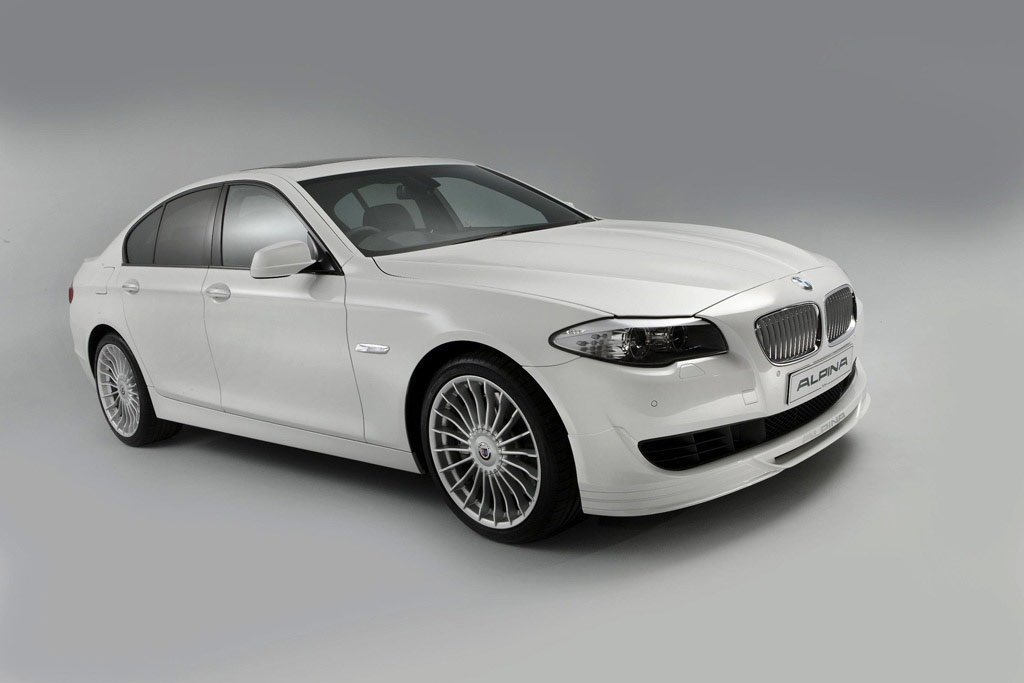 Following its worldwide launch at the recent oodwood Festival of Speed, the keenly anticipated ALPINA counterpart of the new BMW 5-Series saloon is now available in the UK.

With it’s V8 engine producing 507HP and massive torque – 700 Nm at 3,000 rpm – this new super saloon is capable of 0-62 in only 4.7 seconds and 191 mph, yet the B5 conforms to ALPINA’s enduring commitment to supplement gains in power and performance with similar advances in efficiency and reduced emissions. CO2 emissions are 252 g/km and combined fuel consumption 26.2 mpg; remarkable for a car of this size and performance.

ALPINA’s ‘trademark’ blend of sporting character and limousine-like comfort has also developed with a new switchable eight-speed automatic transmission and BMW’s adjustable electronic dampers have been reconfigured for it’s combination of 20” wheels and non-runflat tyres.

John Quigley, Managing Director of ALPINA GB, describing the new ALPINA B5 as an unbeatable combination of luxury, exclusivity and performance says :

“With the next generation BMW M5 yet to be announced, the B5 fills a significant market gap”. He adds: “The fact that Goodwood was chosen for the world debut of the car demonstrates the importance ALPINA attach to the UK market”.