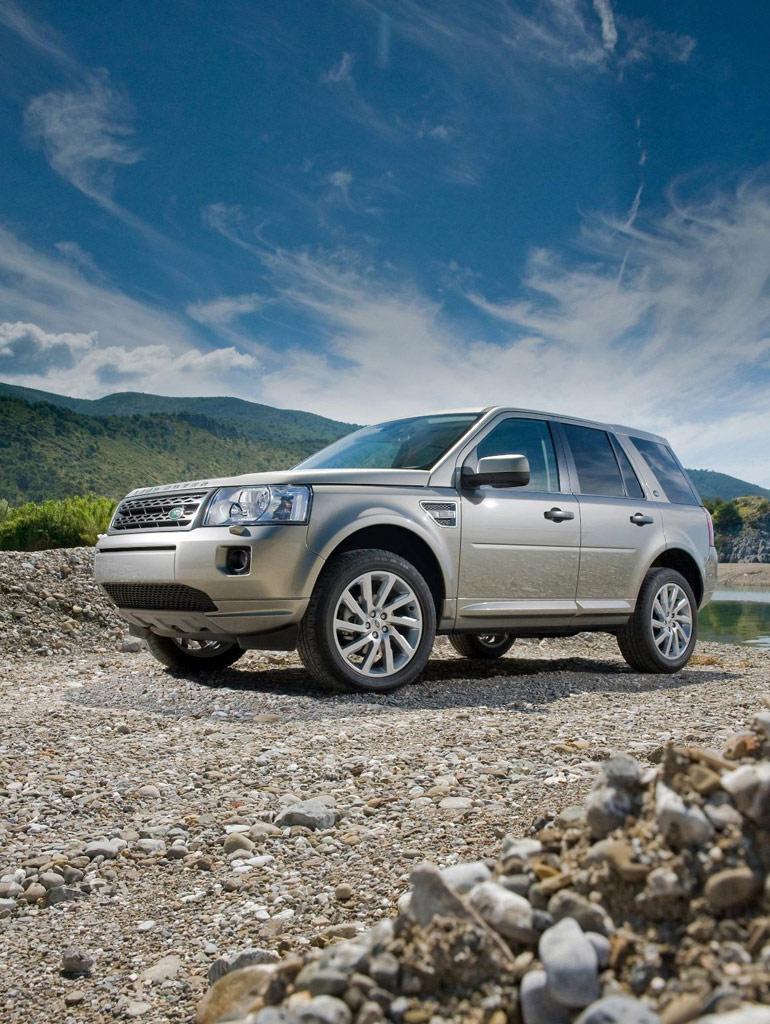 The 2011 Freelander 2 model range, on sale in the UK from the end of September 2010, benefits from a new 2.2-litre diesel engine available with either 150PS or 190PS outputs, a new look exterior plus interior alterations including new instrument dials and a new Premium Pack option.

This new engine is quieter, more efficient and both derivatives have 20Nm more torque than the outgoing engine. This means the 2011 Freelander 2 offers improved engine response and more mid-range strength for towing. CO2 emissions have been significantly reduced to 165g/km and 185g/km respectively with corresponding fuel economy benefits.

However, despite reductions in consumption and emissions, there has been no compromise in performance. The flagship 190PS Freelander SD4 accelerates from rest to 60mph in 8.7 seconds with an increased top speed of 118mph. The Freelander 150PS TD4 manual and automatic versions match the performance of their predecessors.

As well as being upgraded from EU4 to EU5, both versions have a new variable geometry turbocharger and have been extensively re-calibrated to deliver new levels of power, meet emissions regulations and reduce CO2 emissions. They are fitted with a catalysed diesel particulate filter as standard and are now compatible with 10 per cent biodiesel rather than 5 per cent.

As an addition to the Freelander 2 range, Land Rover will also offer customers a 2WD derivative, available in the UK from January 2011. This will be called the Freelander 2 eD4 and it will be the most efficient Land Rover ever produced, with fuel consumption of 47.2mpg combined, and CO2 emissions of just 158g/km.

“The new Freelander 2 eD4 moves Land Rover into the hugely popular and fiercely contested two wheel-drive SUV market,” said Land Rover managing director Phil Popham. “The European market for two-wheel drive SUVs represents 23 percent of the segment and we intend to compete strongly here. A 2WD option is just one way in which we are developing our vehicles’ efficiency whilst adding to the Land Rover range and expanding our appeal to a broader group of customers. We will continue to make the ‘world’s finest all-terrain vehicles’ for those customers who require 4WD but will also now offer an alternative.”

This groundbreaking Freelander 2 eD4 is powered by the new 2.2-litre turbo diesel engine, delivering 150PS. It is only available with a six-speed manual transmission featuring Stop/Start technology as standard.

Inside the cabin, Land Rover’s design team have revised the instrument dials, and there are four new seat styles with the option of a Premium Pack that includes Windsor Leather upholstery, an 8/6 way electric seat, plus premium carpet mats and covered centre stowage.