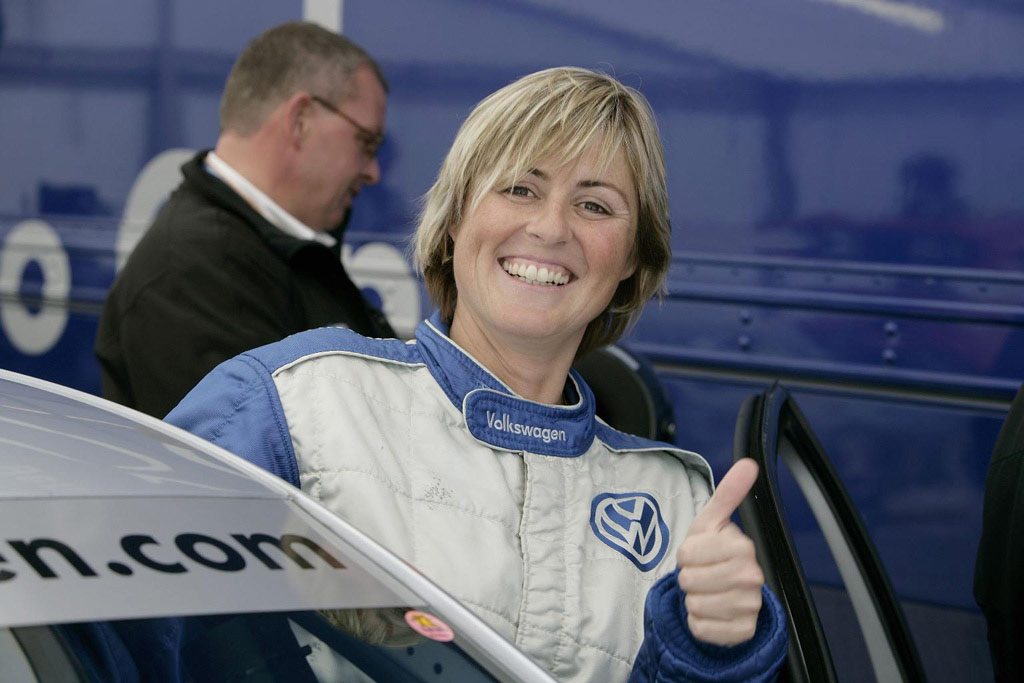 Five big names that have made motorsport history at the legendary Nürburgring circuit in Germany will compete in rounds four and five of the Volkswagen Scirocco R Cup this weekend (7-8 August).

German drivers Sabine Schmitz, Olaf Manthey, Uwe Alzen and Altfrid Heger will compete with Austrian motorsport legend Hans-Joachim Stück in the first double race weekend of the season. Each of them has extensive knowledge of the 25 kilometre circuit, nicknamed ‘Green Hell’, having won the 24-hour event on the Nordschleife a total of 11 times between them. They will now line up to compete against the 20 regular drivers of the innovative one-make series on the shorter Nürburgring Grand Prix circuit.

Sabine Schmitz is the first female driver to compete in the Legends classification of the Scirocco R Cup. The 41-year-old is the only woman to have won the gruelling 24-hour race at the Nürburgring, taking overall victories in both 1996 and 1997.

Uwe Alzen and Olaf Manthey were successful in the endurance classic in recent years. The former DTM racer Alzen has won the current edition of the 24-hour race, and in 2005 he set a Nordschleife lap record of 8m 09.499s in the Porsche ‘Turbinchen’ (‘little turbine’) owned by his brother Jürgen. Manthey, who clinched 28 victories as a racer in the Endurance Championship Nürburgring (VLN), has also celebrated success as a team principal in 2008 and 2009.

Alfred Heger also has special ties to the Nürburgring as well as to Volkswagen. Currently competing in the FIA GT1 World Championship, Heger started his racing career at the Nürburgring driving a Golf GTI in 1980. Ten years later he claimed victory at the 24-hour event and returned in 2008 and 2009 to compete again, both times at the wheel of the Scirocco GT24.

Last but not least, Hans-Joachim Stück, who was the winner of the inaugural endurance race to take place at the Nürburgring back in 1970. The former Formula 1 driver, DTM champion and Sports Car World Champion returned 18 years later to claim the first diesel-powered victory, before achieving his third victory at the day-long race in 2004.