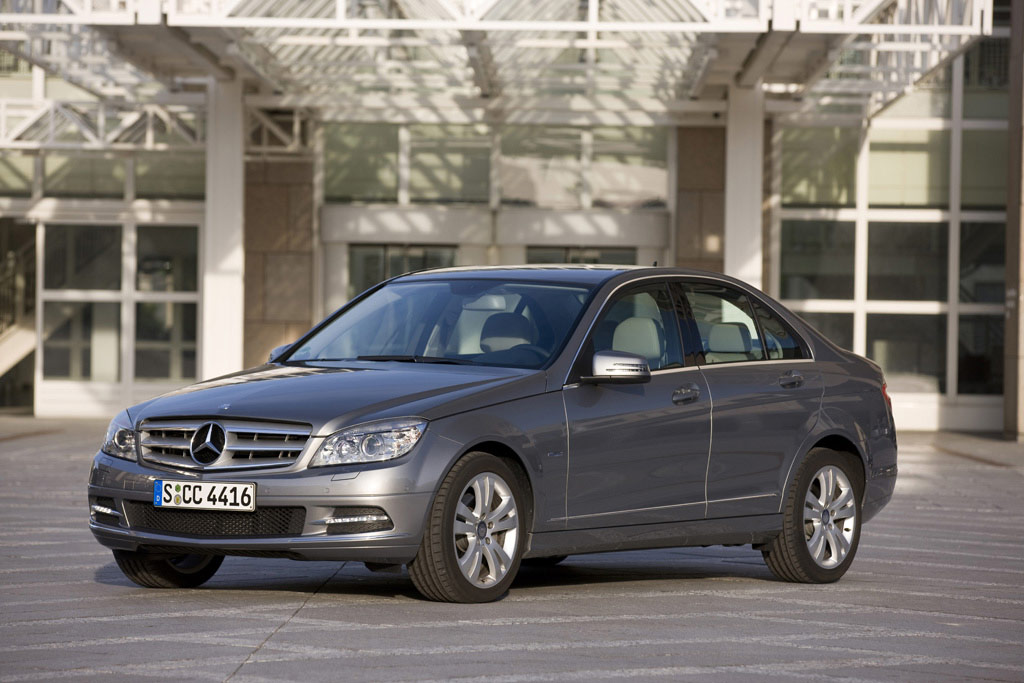 Around one million customers have bought a vehicle of the current C-Class production series since the market launch of the C-Class sedan in March 2007 and of the estate model in November 2007.

“The C-Class is our best-selling production series and therefore of great importance for Mercedes-Benz,” said Dr. Joachim Schmidt, Executive Vice President Sales and Marketing, Mercedes-Benz Cars. “We are therefore especially pleased that the vehicle is so popular with our customers. In June the sedan was the best-selling vehicle in its comparative class worldwide. Despite last year’s weak market environment, sales of the sedan are currently four percent higher than those of the predecessor model during the same period since its market launch. The estate has also met with an outstanding response, with deliveries increasing by 20 percent in June.”

Over 840,000 sedans and more than 160,000 estates have been sold since the vehicle was introduced. The current C-Class is therefore continuing the success of the previous C-Class generation: Around 1.9 million customers bought sedans and estates of the previous model series during the model’s life cycle. Mercedes-Benz has sold more than eight million vehicles in this segment since the first C-Class was introduced back in 1982.

The United States is the largest market for the C-Class sedan, accounting for 25 percent of total sales. The next-largest markets are Germany and China. A total of 29,600 C-Class cars were sold in the U.S. during the first half of the year, representing an increase of 15 percent on the same period last year. Deliveries totaled 14,300 units in Germany, while 12,100 customers bought a C-Class sedan in China during this period. Sales of the C-Class sedan rose by six percent worldwide during the first half of the year, to 120,300 units. The estate has also met with a great customer response, with deliveries substantially higher in nearly all markets in June 2010 compared to June 2009. The increase amounted to six percent in Germany, which is the largest market for the estate, while sales rose by 19 percent in Western Europe as a whole and by 47 percent in Japan, which is the fourth-largest market.

One of the main reasons why the C-Class has won over so many customers is its outstanding efficiency. In fact, Mercedes-Benz is now installing the state-of-the-art ECO start-stop function into the C-Class’ C 180 CGI BlueEFFICIENCY and C 200 CGI BlueEFFICIENCY models in connection with mechanical six-speed transmissions. The start-stop feature reduces the four-cylinder engine’s fuel consumption and CO2 emissions by up to ten percent. And thanks to gasoline direct injection, the engine has a higher output than the predecessor models. The most popular engine variant of the C-Class, the C 220 CDI BlueEFFICIENCY, will also be available with the ECO start-stop function and six-speed manual transmission in the future. The vehicle, which is already very fuel-efficient and environmentally friendly, will then consume only 4.4 liters of fuel per 100 kilometers, or 0.4 liters less than is currently the case. What’s more, it will also cut CO2 emissions from 127 g/km to 117 g/km.

The new C-Class also offers other advantages besides the new efficient drive systems. According to a recent J.D. Power and Associates study in Germany, the car ranks at the top of its comparative class, boasting the most satisfied customers overall when it comes to quality, reliability, attractiveness, service, and maintenance costs.