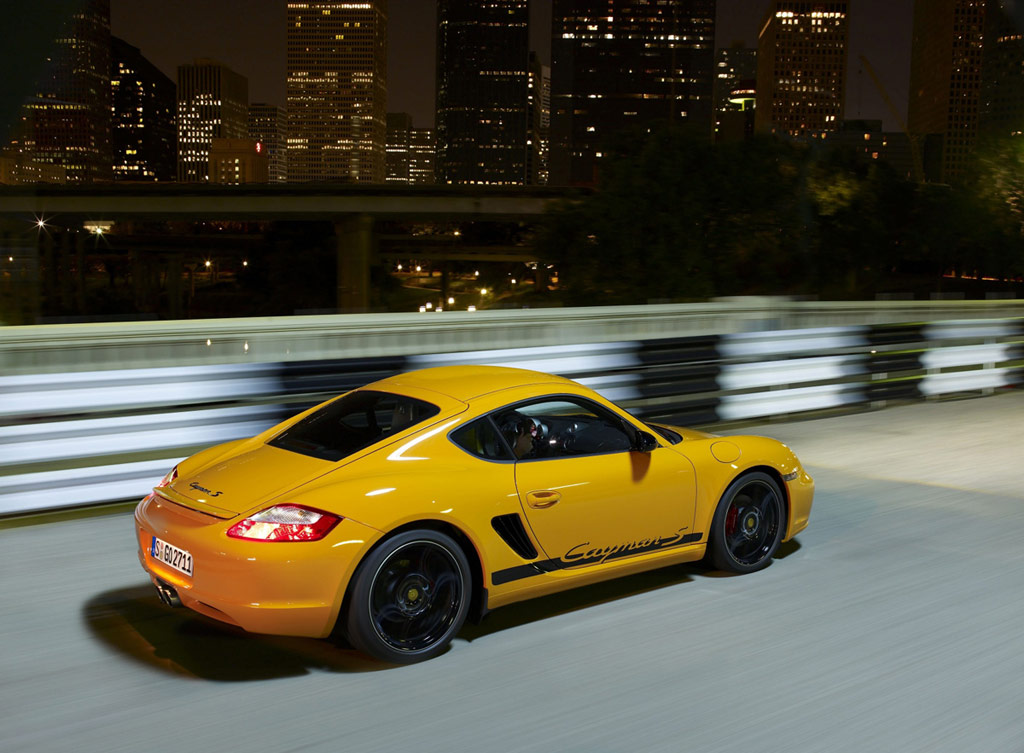 Porsche is introducing a new model in the Cayman range. The new arrival, the Cayman S Sport, develops over 300 bhp from its tuned 3.4-litre flat-six engine and goes on sale this autumn.

Originally launched in November 2005, the Porsche Cayman S quickly became the benchmark sports car in the coupe segment, a position it has held ever since.

The latest Sport version combines the mid-engined dynamics of the Cayman S with the visual impact of the iconic 911 GT3 RS. In addition to a more powerful engine, the Cayman S Sport offers a high level of sports driving features and a bespoke range of colour combinations.

The appearance of the Cayman S Sport is striking, coming as standard in the 911 GT3 RS colours of Orange or Green and proudly bearing its model designation along its sides in black graphics. Further colours available on this special model are Black, Guards Red, Speed Yellow and Carrara White, as well as Arctic Silver Metallic available at extra cost.

With its black-painted alloy wheels, exterior mirrors and air intake grilles, the Cayman S Sport proudly displays its sporting credentials, which are underlined by the black interior design package and a unique, circular instrument display without the usual binnacle above. The alcantara finish on the gear shift, the handbrake lever, and the rim of the steering wheel also creates a purposeful ambience.

Over and above the 303 bhp (223 kW) power unit, the sporting character of the Cayman S is further emphasised by offering Porsche Active Suspension Management (PASM) as standard, which lowers the car by ten millimetres. Five millimetre spacers push outwards the 19-inch SportDesign wheels in the wheel arches, providing further visual appeal and boosting cornering performance.

Bi-Xenon headlights, the Sports Chrono Package and sports seats in leather as standard enhance the appeal of the car, and a sports exhaust system combined with twin tailpipes completes the picture.

These versions of the Cayman S are limited to an exclusive series, each one proudly bearing their edition number on a plaque on the glove box.

The Cayman S Sport goes on sale in the UK and Ireland on September 13. Production of the Cayman S Sport will be limited to 700 units worldwide, and is priced from £49,890. Customers will also be able to explore the potential of their new car on a Porsche Driving Experience course.