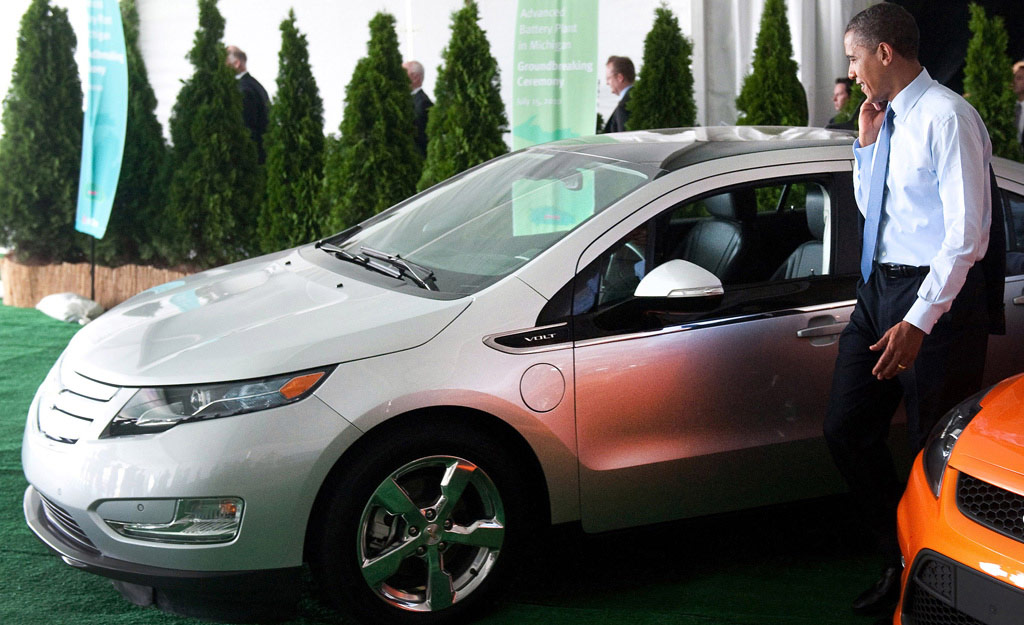 General Motors said on Friday that thanks to strong public interest in the Chevrolet Volt, the 340-mile extended range electric vehicle, it will increase U.S. production capacity of the groundbreaking new car by 50 percent, from 30,000 units to 45,000 units, in 2012.

The announcement came as U.S. President Barack Obama toured the Detroit-Hamtramck facility, where the Volt is being produced now for sale later this year.

“The Chevrolet Volt provides drivers with the latest technology, outstanding innovation, and something no other electric vehicle can provide – peace of mind,” said Edward E. Whitacre, Jr., GM Chairman and CEO. “We are very proud to host the President of the United States at this plant, where the future of the American automobile industry is being built today by the men and women of General Motors.”

The expanded U.S. production capacity is the latest in a series of positive developments for the Chevrolet Volt. Last week, participating Chevrolet dealers in launch markets began taking customer orders for the 2011 Chevrolet Volt, following the release of retail and lease pricing. The brand also recently announced unprecedented battery and vehicle limited warranties to bring value and peace of mind to Volt customers. And the number of U.S. launch markets for the vehicle recently was raised from three to seven. In the past few weeks, more than 25,000 people have joined the Chevrolet Volt enthusiast list.

The Volt offers a total driving range of about 340 miles and is powered by electricity at all times. For up to the first 40 miles, the vehicle drives gas- and tailpipe-emissions-free using electricity stored in its 16-kWh lithium-ion battery. When the Volt’s battery runs low, a gas-powered, engine/generator seamlessly operates to extend the driving range another 300 miles on a full tank.

The Detroit-Hamtramck plant received $336 million in new investment to prepare for production of the Volt, part of more than $700 million GM has invested in eight Michigan facilities to support Volt production since 2008. This includes a 33,000 square-foot battery systems lab in Warren; a battery assembly facility in Brownstown Township; and supporting engine and stamping operations in Grand Blanc, Bay City, and three plants in Flint.