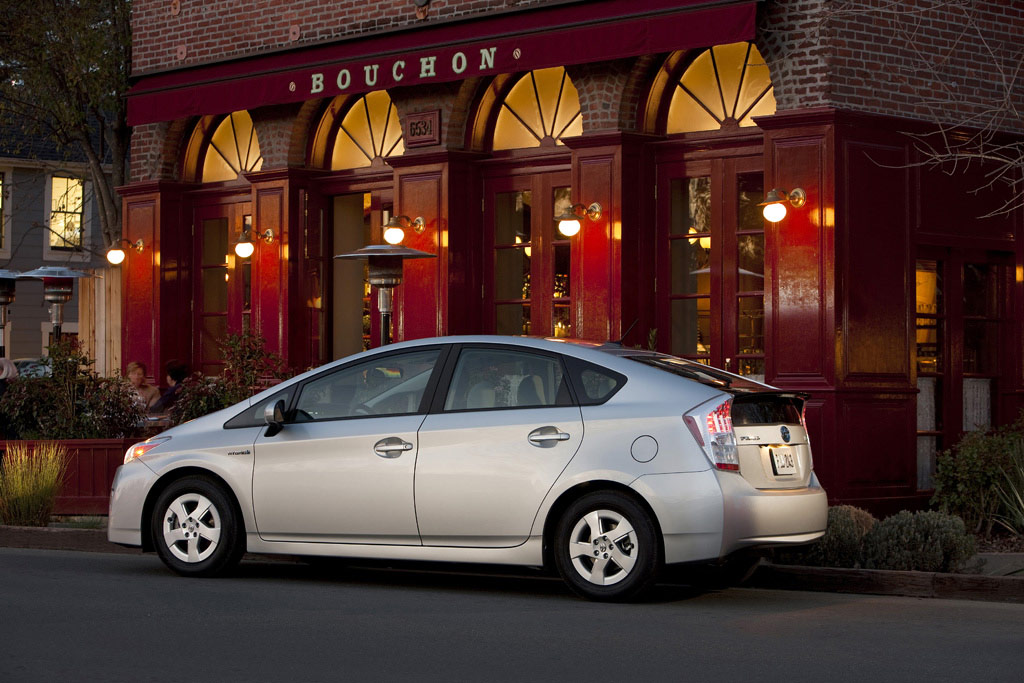 Ten years ago Toyota launched a new kind of car in North America. It was the Prius, an affordable car with a hybrid gas/electric powertrain. In the decade that followed, the Prius made an indelible mark on the automotive industry. The car with the signature wedge shape proved to be an agent of change, and a catalyst for innovative ideas. Over 1.8 million units have been sold in the world to date, with nearly 900,000 in the U.S. alone.

“Toyota recognized in the 1990s that sustainable transportation would become a huge challenge in the coming decades,” said Jim Lentz, president and COO of Toyota Motor Sales, USA, Inc. “Those realizations proved accurate, and if anything, even more profound considering what we know today.”

It’s hard to say what would have happened, had there been no Prius in the U.S., but in the 10 years since the car has been available, significant benefits have accrued. Nearly 900,000 people who chose to drive a Toyota Prius versus the average car have prevented an estimated nine million tons of CO2 from entering the atmosphere, conserved approximately 650 million gallons of gas, and saved an estimated 1.5 billion of their hard-earned dollars.

The first Prius came to North America in July of 2000. That year, the hit of the North American International Auto Show in Detroit was the Hummer H2, and national gasoline prices averaged about $1.50 per gallon. Modest Prius sales goals of 12,000 units a year were set.

Not all early reviews were flattering. One car magazine said, “With a real-world 35 mpg, this is a car that neither enthusiasts nor greenies can fully embrace.” Competing manufacturers announced that hybrids were “not an economical or practical solution” to America’s future needs. Many insisted that Toyota had provided the solution to a problem that did not exist.

Prius owners, however, felt otherwise. Widely characterized as extreme environmentalists, early Prius adopters were actually more likely to be tech-savvy professionals. Those first owners, well aware of public events and global developments, were conscious of the impact of their own choices. They became articulate advocates for the technology. Soon, demand outstripped supply, and production had to be stepped up as waiting lists became months long.

In fact, Prius sales were driven by a number of factors. As fuel costs spiked, a clear economic rationale for purchase emerged. But more significantly, the Prius realigned customer expectations as to what a car should be.

Driving a Prius delivered a new kind of satisfaction, based on a new set of values. It was a car enriched with advanced features, in tune with global issues that assumed greater importance every year. It provided an affordable transportation solution that earlier all-electric cars did not, as it was able to use existing infrastructure without concerns for recharging or range limitations.

Today, the Prius has become a mainstream vehicle. It is the third-best selling car in the Toyota line, and an icon for the company. Owner loyalty figures are among the highest in the automotive industry.